In their search for a less health-threatening alternative to smoking cigarettes, people around the world have turned an eye towards alternative smoking substances and devices like shisha and hookah.

For newbies in the shisha and hookah world, it’s easy to get confused as to what these two terms really mean, which may make it uncomfortable to try something new, considering that you’re not sure what to look for in the first place. Some call it a water pipe, others a nargeela, nargile, argeela, hubbly, okka, kalyan, or other names.

Is the shisha the tall glass contraption that is used for actual smoking or is that the hookah? Are they the same thing or separate but connected terms? We’re here to shed some light on the hookah vs shisha dilemma and explore the difference between hookah and shisha.

Hookah vs Shisha Nowadays – What is the difference?

In simple terms, nowadays, hookah is the word used for the water pipe that you use in order to smoke or vaporize different substances like tobacco or herbs. The vapour that is yet to be inhaled by the smoker first travels through a water basin, which is normally created using glass. Great, so what is shisha?

Today, the word shisha is used to describe the tobacco that is used to smoke with the hookah. It is normally rich in flavor and in diversity. You can find fruit-flavored shisha like watermelon, grape, or banana but you can also discover a lot more creative and mixed shisha flavors that can literally blow your mind. In modern days, the words shisha and hookah are often intertwined and shisha is inaccurately used to describe to pipe itself. 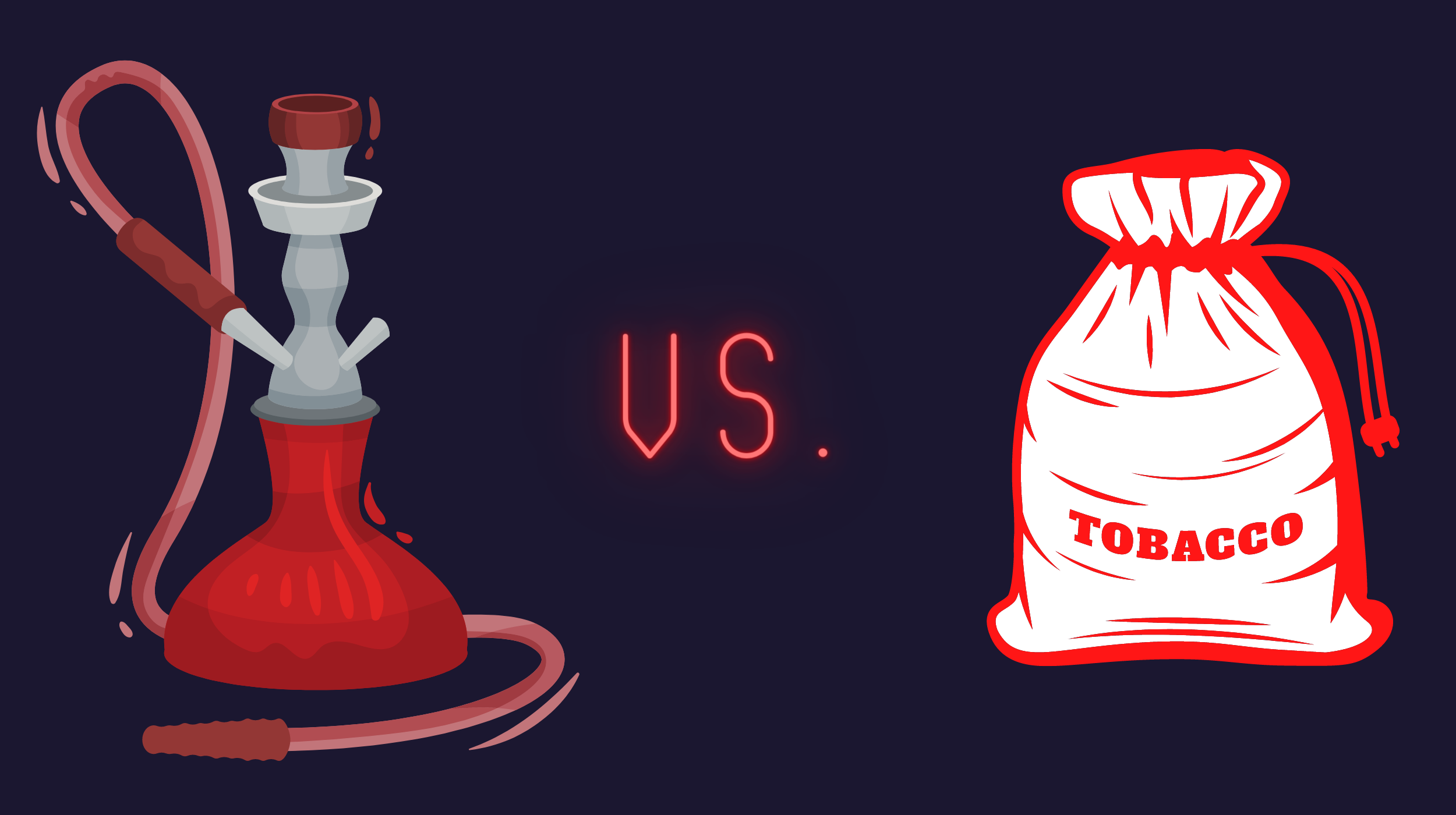 Hookah back in the days

As I mentioned, hookah is the term used for the smoking device today. However, the origins of the word stem way back. During the 16th century, the word “Hookah” was coined in the Indian subcontinent – the birthplace of this smoking technique. It then reached other nearby and overseas countries. After all, India was a British colony, which helped spread the word about hookah in England.

But in India, smoking from a hookah is somewhat of a ritual and a truly unique tradition and part of the culture. Hookahs may have become popular in different parts of the world today, but they’re rather associated with a hobby instead of cultural heritage and tradition. In the Arab world, the creation of beautiful hookah pipes is a true example of art.

The Middle East also had their “hookah” but called in “Argilah” or “Argileh”. Countries like Iran, Iraq, Syria, Lebanon, and others all smoked tobacco and different herbs through this pot or jar that the word hookah actually represents. In fact, if you’re looking to understand what is hookah with an actual definition of the word, it means two things: 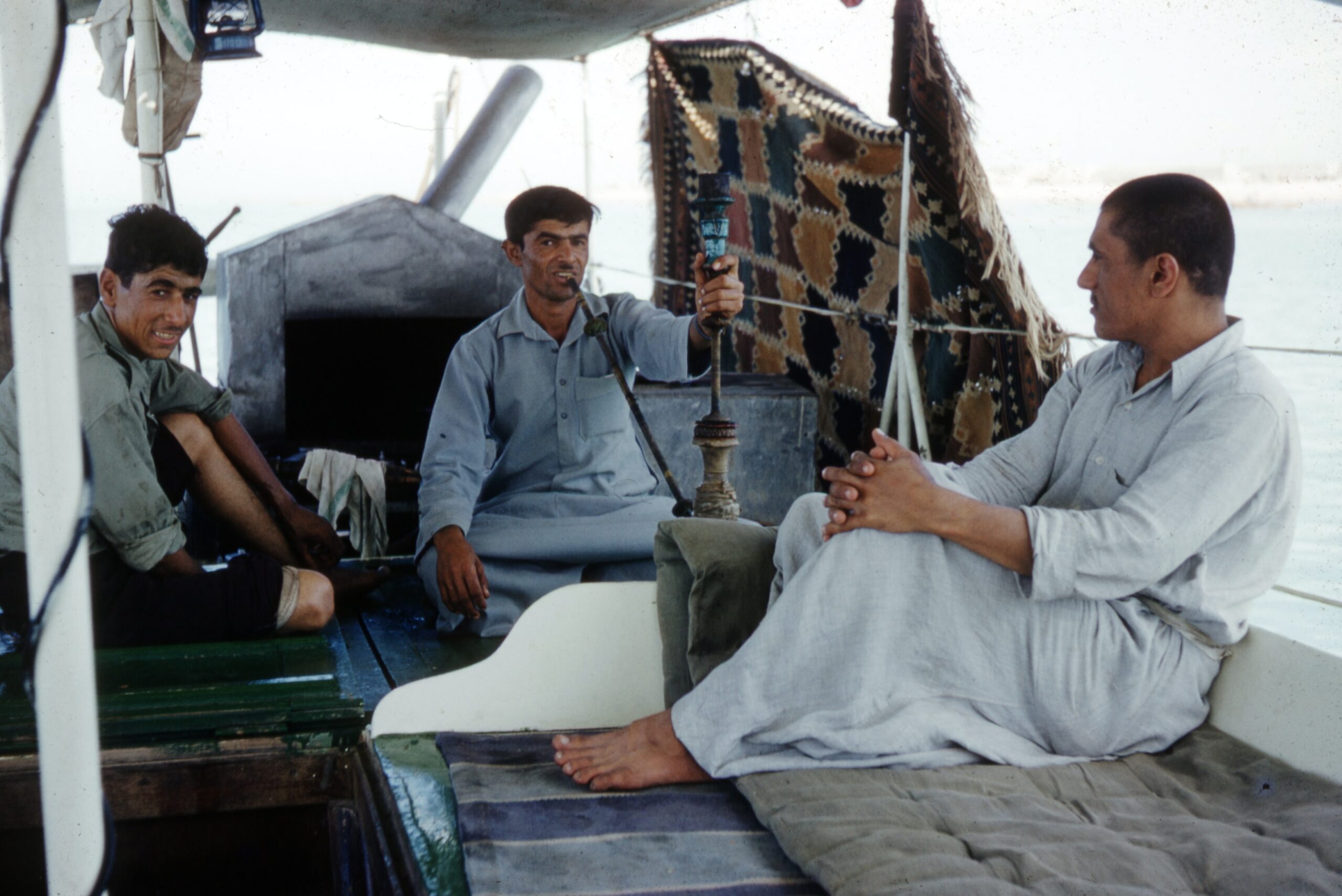 shisha back in the days

Looking into the word “shisha” from a historic perspective also opens the doors to different worlds and time periods.

The Persian word “shīshe” means “glass”. In fact, Egyptians continue using the word to represent the water pipe, rather than the substance like most parts of the world. In reality, “shisha” is only considered the glass base of the whole device. Shisha’s origins are again traced back to India, along the borders of Pakistan and Gujarat.

Originally, materials like coconut shells and stems were used instead of glass. Later, during the 15th century, Indian glass manufacturing started due to the heavy glass exporting to India via the British East India Company.

And as you can imagine, shisha was the term used for the glass base. Combined with high-quality, flavorless tobacco called “Ajami” from Iran, it became famous in the Ottoman Empire, where the sultans would be remembered with their Shisha pipes forever thanks to portraits.

It’s inevitable to dig through history in order to tackle the hookah vs shisha topic in its entirety.

Despite the fact that the use of terminology has changed a lot since the time when shisha and hookah were coined as words, the reality is that this alternative smoking method is becoming more popular, with a lot of countries now welcoming people into shisha bars or hookah bars.

Smoking shisha in a friendly circle is a great way to release some stress, chill, and have a good time. And there are so many different flavors to try!

We hope that the information we’ve provided will help you see the difference between hookah and shisha. If you still haven’t tried it, you’re now better prepared for something new. 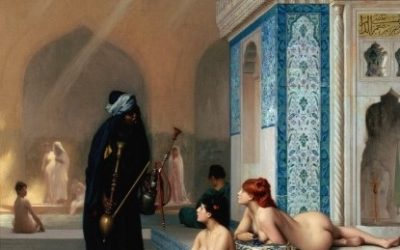 Hookah Origin and History: Everything you Should Know

Most people out there see hookah smoking as merely an entertaining social activity, something to do on a Saturday evening with friends. The fact is, it is way more than that. The cultural origins of the hookah are rich and go back to many centuries ago, when it was regarded as a bonding experience, a sign of social status, and more. Today we will explore the history and origin of hookah, because knowing it will enrich your experience and will add a deeper meaning to an otherwise fun activity. So buckle up and let’s go down memory lane.

END_OF_DOCUMENT_TOKEN_TO_BE_REPLACED 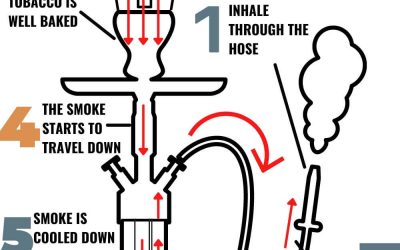 Here is How Does a Hookah Work – (Infographic included)

Smoking hookah is one of our favorite activities. Especially if you are a beginner, you may be wondering about some basic things when it comes to hookah anatomy. That’s probably why you are here. It’s always interesting to learn something new, especially in terms of “how does a hookah work”. I’ll try to make the key moments clear and more importantly, I’ll do my best to help you understand this basic topic.

END_OF_DOCUMENT_TOKEN_TO_BE_REPLACED 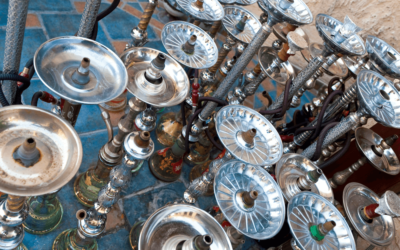 What are the Different Types of Hookahs – Basic Knowledge

If you’re planning to try hookah smoking or you already have some experience but you want to try different things, you’ve come to the right place. Hookahs have been used for centuries, offering a purified and more pleasant way to smoke tobacco and other herbs.

END_OF_DOCUMENT_TOKEN_TO_BE_REPLACED

hookahtrends.com is a participant in the Amazon Services LLC Associates Program, an affiliate advertising program designed to provide a means for sites to earn advertising fees by advertising and linking to Amazon.com. As an Amazon Associate, I earn commissions from purchases on my website.

The Hookah Trends is a participant in the Amazon Services LLC Associates Program, and other affiliate advertising programs designed to provide a means for us to earn fees by linking to Amazon.com and other affiliated sites. If you find our articles helpful, please consider purchasing through our links. It helps us keep the lights on with no extra cost to you. Thank you!